A new Chair of the Executive Council, Ms. Aida Aidarkulova has been chosen to lead the Soros Foundation-Kazakhstan

“Bad jokes. On the 70th anniversary of the signing of the Universal Declaration of Human Rights” 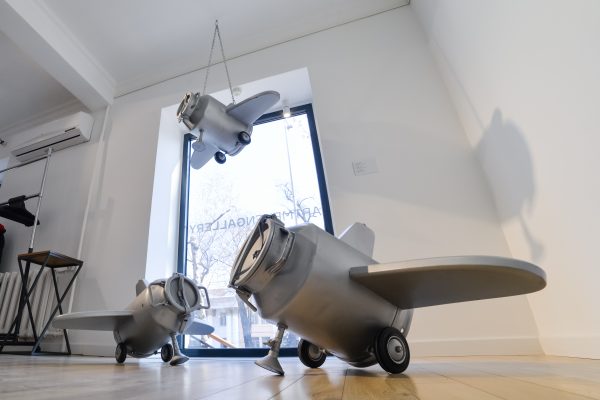 ARTMEKEN gallery with the support of the Soros-Kazakhstan Charitable Foundation and the UN Human Rights Office for Central Asia opens the exhibition dedicated to the 70th anniversary of the signing of the Universal Declaration of Human Rights “Bad Jokes”. 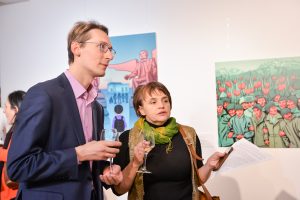 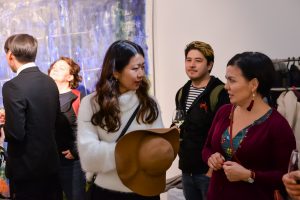 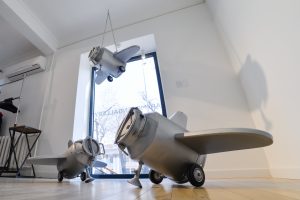 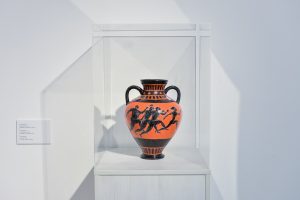 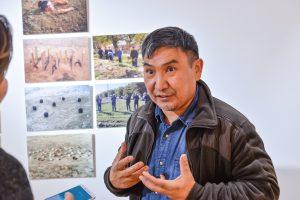 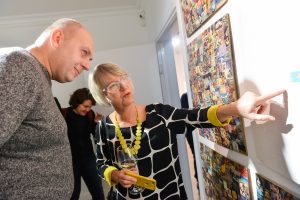 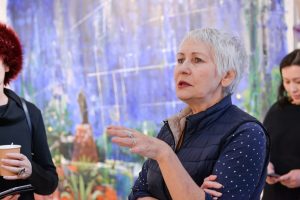 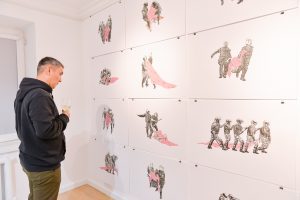 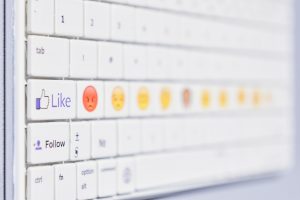 Below we present you the curatorial text of Valeria Ibrayeva.

“The year 2018 in Kazakhstan was marked by powerful civil initiatives triggered by several dramatic events. The movements “We demand reform of the Ministry of Internal Affairs” and “Let’s Protect Kok Zhailau” united people who understood that the actions (or inactions) of the authorities directly threaten their health and even their lives. The desire of the state to limit the possibility of expressing disagreement with its actions takes absurdist forms that Ionesco himself would envy. Internet locks, bans on blue balloons, ridiculous media trials, the “reform” of the Ministry of Internal Affairs, which resulted in a change of police uniforms, posthumous rewarding of Denis Ten with the medal “For merits in law enforcement”, were perceived by the public as bad jokes bordering on mockery.

The exhibition “Human Rights: Twenty Years Later” held in December last year showed that people of art do not consider themselves separated from the life of society, but on the contrary rather sharply react to situations arising in the country, fixing and generalizing violations and distortions of fundamental rights. This year’s exhibition, which opens timed to the 70th anniversary of the signing of the Universal Declaration of Human Rights is even more relevant, the artists without saying a word provided works ironically and satirically playing upon certain aspects that arose in connection with the violation of fundamental freedoms in Kazakhstan.

The collage master Pavel Ovchinnikov in his complex selection of clippings from various printing materials shows how noisy and sociable the whole world is, entangled by electronic connections, networks, and contacts. The only square subject to total silence is Kazakhstan, in which Internet access is blocked without announcements but with sufficient regularity (Untitled, 2018). Therefore, in her video “Tom and Jerry” (2018), Bakhyt Bubikanova tries to hide from the eyes of an observer, climb into the mouse hole, cover her mobile phone, the source of information, with her own hands and body. Erden Zikibay (“Adas”, 2018) and Saule Dyussenbina (“There is always hope”, 2018) talk about children, affected by the spectra of attitudes towards them from outright cruelty to a simple, but inexplicable ban on an ordinary toy. For instance, Saule Dyussenbina almost literally reproduces the famous work of Banksy, recently sold at Sotheby’s with the scandal, changing the only small detail in it, initially the red color of the balloon is replaced with the forbidden blue. The idea of ​​violence applied to children reaches its climax in the case of an attempt by adults to defend both children’s and their own rights. In the pictorial work “Constellation” (2018) of Nurbol Nurakhmet a monument to Abai erected on a pedestal observes from its height a map of Almaty on which like stars, dots flicker – places of “unauthorized” rallies. Yelena and Viktor Vorobyovs analyze situations and, more precisely, the positions in which the police find themselves dispersing people on the streets (Vintazh, 2018). They line up in a row or in a tight group, trying to cope with the resisting material – an old red blanket. Like Dyussenbina, artists sarcastically fix a moment of dull execution: the policeman does not care what needs to be subjected to “vintage” – a person, a blanket, a balloon. It needs to be grabbed, prohibited, taken away. The version of this graphic cycle, by the way, was a great success at an art fair in Dubai, and was almost completely bought up by Arab art lovers. The topic of a policeman chasing people is continued by Zoya Falkova in her parody of the black-figure ancient Greek painting. As a feminist activist she did not fail to invade the masculine world of ancient Greek sport, calling her work “Her own fault” (2018), a classic phrase that ends any clashes about domestic violence and attacks on women. A way out for all these situations is suggested by Rashid Nurekeev in the installation “The Other Side of the Wind. A hitching post” (2018) using the ancient device of the steppe to keep livestock at a certain place. The metaphor is obvious.

Even more sharpens the theme of the “fixed” person Erbosyn Meldibekov, using his old photos of people crushed by stones or buried in the ground in his new work. This series was devoted to research on the nature of violence and was called “Pol Pot (2000-2001). Fresh information from neighboring Uzbekistan about harassment of workers who did not fulfill the plan to pick cotton, forced the artist to recall the old series and continue with this, this time documentary images (The Invasion, 2018). A series of pretentious titles, of which there are quite a few at the exhibition, is supported by the sculpture of the artist from Astana Mansur Smagambetov. His “Breakthrough” (2018) is a whole squadron of planes assembled from flasks for water. In the annotation to the work the artist complains about the lack of time to study rural children that are forced to constantly carry water from the stand-pipe for the needs of the family. The flask-planes, the artist’s ironic proposal to ease the work of children and give them the opportunity to learn, look especially well against the backdrop of the recent EXPO called “Energy of the Future”.

A very important part of the “Bad Jokes” exhibition is the fact that all works were created during 2018, which speaks of an artist as an integral part of our society, its concentrate and, however trite it sounds, its mirror. This means that the reaction to the bad jokes of the authorities can be quite symmetrical. Artists can joke too.

Monday is a day off.