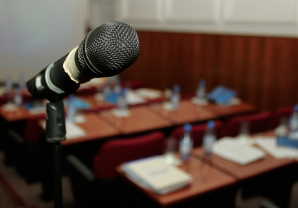 Participants of a conference “Prospects for Reforming Media Law in Kazakhstan,” organized by the International Foundation of Press Freedom Adil Soz, see a move by the Kazakh government to amend Civil and Criminal Codes as a timely window of opportunity for decriminalizing defamation.

“Criminal liability against defamation per se is a repressive measure not only against journalists, but also against poets, writers and playwrights,” said Anton Artemyev, Chairman of the Executive Council of Soros Foundation-Kazakhstan. “But journalists are the ones most susceptible to fall on trap of a chilling effect. Intimidated by devastating lawsuits, they may intentionally decide not to disclose information that can even constitute a matter of important public interest“.

“In 2012, moral damages in civil defamation lawsuits claimed against journalists amounted  to about 4.5 billion tenge,” says Tamara Kaleyeva, president of Adil Soz Foundation, which conducts a systematic monitoring of press-freedom violations in Kazakhstan. “In the latest draft of the Criminal Code available to date, fines for defamation have been increased 10 times, and that imposes an unbearable financial burden on journalists“.

Taking further steps to liberalize national legislature, Kazakhstan can become the sixth country in the CIS region that recently decriminalized defamation. Followed by an example of Kyrgyzstan, in 2012 alone, Ukraine and Tajikistan followed a similar scenario.

In 2012, Soros Foundation-Kazakhstan and Open Society Foundation’s London Media Program supported Adil Soz Foundation’s project “Liberalization of  media legislature through the coalition Article 20.” It aims to introduce changes to national legislature to comply with international standards of press freedom and freedom of expression.