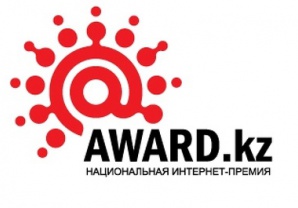 In May of this year, the Soros Foundation Kazakhstan launched a new website and six months later, the site obtained the National Internet Prize Award-2013 in the Public Organizations category.

The ceremony of awarding the best web sites according to the National Internet Prize Award-2013 took place in Almaty city. About 600 applications in total were sent for the contest. The contest was held in two stages: firstly, the Kazakhstani experts voted and selected top ten contenders for each category, and secondly, the international commission selected three winners. The web site of the Soros Foundation Kazakhstan obtained third place in the Public Organizations category. The first place was given to the web site of the Central Mosque of Almaty city, the second one to ASTEX, International Exhibition of the New Technologies.

“When developing the web site, our main task was to create the most simple, convenient, and at the same time, informative structure for the readers. The site is more functional, user-friendly and informative now. We are very glad that the jury appreciated the changes and improvements that have taken place at the web site during six month. We consider it as not only the reason to be proud of, but also as a sign that we took the right direction,”- said Anton Artemyev, Chairman of Soros Foundation Kazakhstan.

The National Internet Prize AWARD.kz is a contest of the web sites of Kaznet (Kazakhstan’s internet sites).  AWARD.kz contributes to the Internet development in Kazakhstan through its activities.  Each year the contest chooses the best sites, evaluating the quality of information, design and technical execution of the internet resources.